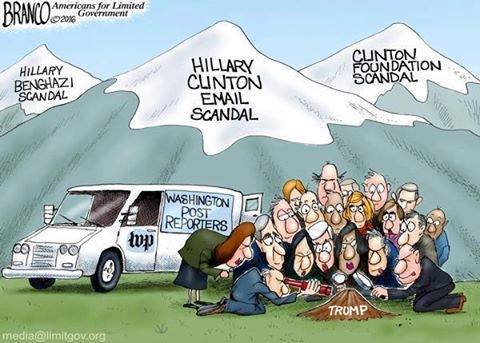 Amidst the madness of the final battle: some straight words, as
LOVE IS ALSO MADE OF COURAGE!

To oppose Donald Trump in these days one can just conclude that the person must either be completely brainwashed and  out of mind. I have never seen anything which comes close to the immense anti-Trump rebellion that certain evil forces – who seem to be poor loosers – now arrange on a global scale.

All these creatures – be it Hollywood prominence or political establishment and entertainers – seem to have lost even the last remnants of politeness, fairness and good behaviour – should they ever have owned such – and the obvious blindness for the consequences of their behaviour just allows one conclusion: Intentional service to the Anti-Christ!

All of that evil agitation in Europe and especially in Germany as a part of Europe has reached a level that I’m deeply ashame on behalf of the German regime and those German speaking fellows who participate in the Trump Bashing, the only positive of which is that it gives a rest to the “Putin Bashing”.

The daily news are unbelievable – suggestions in public to murder Trump,  to harm the pregnant Mrs Petry of AfD, to make a Pedo-Protector Federal President of Germany,  to add statistics of migrant crimes to the reports of “right scene” crimes, while the “left” crimes go unspoken – Germans are being treated by their officials  in  a racist way more and more, while the “import migration” takes it all – and if you criticise that and stand up against you are fingerpointed at to be a “Nazi” or a racist.

So, dear Americans and global citizens against Trump, you have NO IDEA about what migration and an agressive Islam can do to a nation, you the do-gooders, where money still keeps rolling in, in your comfortable houses, with your expensive cars and exquisite meals. Forgot to say: Doomsday luxury bunkers somewhere. Nope?

May I invite you for a trip to Europe for a sight-seeing tour in regard of the damage which has already been caused by uncontrolled migration of terrorists? You know, terror has many faces. It does not always come dressed in black with an IS flag. Sometimes it comes en masse, like a huge swarm of locusts which will leave your land broke.  In Paris, the city of “love”, currently 5 suburbs are burning from muslim violence. Police lost control over it. There are nogo areas all over Europe. Belgium is terrible, southern Sweden is terrible. Or does CNN not tell you?

Oh, I forgot, Donald Trump called CNN fake news. WHY? How does it come that Donald Trump seems to know more than you the bashers?

I’m sorry to hear you will not come for a visit. I understand, you have heard, Europe is not safe any more. Just wonder why.

Donald Trump is exactly trying to save America from becoming what Europe already is: A COMPLETE MESS!  And you are trying to hinder him? You call him psychologically sick?

You must be out of your mind, really.  It’s not even HIS plan. It was OBAMAS plan originally, in 2011.  And it’s not even Trumps idea to build a wall at the fronture of Mexico. Whose plan? Bill Clintons. Back then you were enthusiastic about. And now, just because Donald Trump makes this plan come real it’s – all of the sudden – anti-human, anti-religious?

Oh, and all of you wall-protesters …. especially from Mexico….. take a break – MEXICO – built a wall at the border of GUATEMALA for exactly the same reasons that Donald Trump wants to build it at the US border to Mexico.

If your neighbors do not accept your rules and just come over you must do something for protection.

This world is not yet ready for a globe without borders. GET IT, FINALLY?!

Let me tell you: Your liberal attitude will come to a halt as soon as the problems will wander from “concerning just others” to “concerning you personally”.  You are sooo damn certain of your superior spot to sit on, but what are you going to do, if – let’s say by coincidence – it’s YOUR KIDS to be stolen and raped and slaughtered by the pedophile Pizzagaters, practising Satanists, if it was YOU going short of money and not getting a job, if it was YOU or your mate beheaded by a IS-terrorist?

Would you ever come to a point admitting to yourselves that these pedos make 30 % of your government, and that it was the PRE-Trump government raising ISIS and being responsible for 911 – and that even while you support these criminals – they still regard you as “useless eaters” to become extinct when the time will be right in their mind. And before they will chip you for total control – so becoming extinct will furthermore just be a short press of a button. (Just heard, Australia has already started to make that official!)

And guess what – you – your group – are not the only American people. You are in fact – the MINORITY of Americans –  as the MAJORITY VOTED FOR THE DONALD!  How can you behave in such a way against your fellow citizens – YOU who would have liked to have a female top criminal, satanist, child slaughterer stealer of tax money and global mass murderer for presdident? You would have liked a new president playing around with nukes, going enthusiastic in provocating Russia into WWIII?  No, this is NOT fake news. Not THIS TIME!

The schedule foresees that old mansion trick – “Ordo ab Chao”. — This means to produce chaos artificially to finally build up some new structure from it – the NWO.

You will have to become used to the idea that the doomsday scenario will not take place – at least not in the nuke way, and you will have built all of your luxury bunkers in vain.

Now, how about your land, America?

These people who were just kicked out of their position of power have – during the recent decades – ruined the reputation of America worldwide.  The phrase changed from “Land of the free and home of the brave” to “home of the slave”. You the American citizens have become the slaves of an agressive and powergreedy regime aiming at controlling the whole world.

The EU organization in Europe has been established just as another tool to reach that goal – and we, citizens in Germany, were forced into the same role as you – slaves and moneygenerators for a course of destruction aiming at the installtion of the “New World Order”.  And the main tool to reach it is “FAKE DEMOCRACY”.

I would assume that during the last decades there was not a single election going unmanipulated. There have been hints, but these were ignored or cancelled by the mainstream media. Now, the mainstream media is also under control of THAT establishment. Now, somebody chose not to allow to steal the election of Donald Trump. Did that pseudo-democratic toddlers just get some “tough love”?

Are you proud to be a part of this establisment? I understand. Money keeps rolling in. Is there anything else of value – apart from money? New technology for immortal live perhaps?  Just take a look on Rockefeller and Soros – do you think it is desirable to spend your days as a “living mummy” and keeping yourselves going by drinking the blood of innocent babies and little children?

Are you proud to be a member of – perhaps – one of these “superlodges”?  Playing the “either you participate in crimes or….?”  What is it, you are sooo addicted to? Money and power … what comes beyond?

YOUR LAND, AMERICA, HAS THE POSSIBILITY NOW TO TURN THE DESTINY OF THE WORLD FROM EVIL TO POSITIVE.

WHY CAN’T YOU JUST ACCEPT THAT THE MAJORITY OF THE PEOPLE DO NOT WANT DO END UP WITH A MICROCHIP IMPLANT, NOT TO BE SPRAYED UPON WITH CHEMICALS BY DRONES,  THAT THEY WANT TO HAVE A NICE LIFE, A GOOD ENVIRONMENT, A GOOD JOB, A VACATION, GOOD EDCUCATION FOR THEIR CHILDREN.

THEY WANT TO LIVE HEALTHY AND HAPPY, THEY HAVE BEEN DESIRING TO DO THIS FOR LONG ALREADY, BUT THEY WERE BETRAYED AND HINDERED, BY FALSE PROMISES.

YOU MUST KICK OUT THE ANTI-CHRIST INSIDE YOU!

DONALD TRUMP IS CONNECTED TO THE DIVINE, IF YOU DO NOT SHARE THIS OPINION – NO PROBLEM – BUT AT LEAST STEP ASIDE AND STOP TERRORIZING YOUR PRESIDENT!

I WISH – FROM THE BOTTOM OF MY HEART –
WE IN GERMANY HAD ANYBODY FOR CHANCELLOR HAVING THE SHAPE, THE SMARTNESS, THE EMPATHY,  CAPABILITY AND THE CONNECTION OF A DONALD J. TRUMP!

I BOW MY KNEE AND HEAD IN FRONT OF THIS AWESOME PERSONALITY
DONALD TRUMP,
the job he has taken over is IMMENSE and he is doing absolutely GREAT.
Only a great person with divine connection  can make America great again and he is one.

IN THE NAME OF CHRIST, ON BEHALF OF THE DIVINE COSMOS
I ORDER YOU TRUMP OPPOSERS  TO STEP ASIDE, SHUT YOUR MOUTH, STOP YOUR EVIL ACTIONS
AND DO NOT HINDER YOUR POTUS IN DOING GODS WORK!

There will be a cosmic “Monsanto” offering the right products for what your Ex-President Obama calls “grassroot-movement”, worldwide.  As below, so above, you know.

AND AS YOU SOW THOU SHALL REAP!

IMAGINE, there’s no heaven – it’s easy if you try …..
so goes the lyrics of the famous John Lennon song –  well yes, far too many people have imagined the no heaven scenario and have set up themselves as Gods of the earth. Has it brought peace? Nothing like that. Just war over and over.

They have sown wind and now they will harvest storm – there is a “one fits all” storm!

FINALLY, ON BEHALF OF THE CREATOR
HEAVEN WILL AGAIN ESTABLISH, ALSO TO BE A PLACE ON EARTH
SO BE IT!

also on behalf of the silent and large group of Trump supporters in Germany who are just being silenced by
the censorship in this country.

Ispiring and encouraging speach of President Trump in Florida