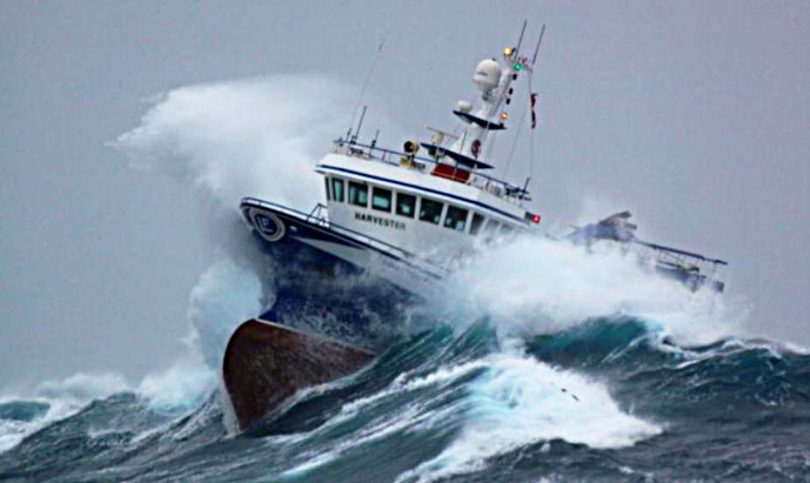 Hi, Esu. There seem to be some „back rowing“ in regard of the plane! The climate chewing gum is on again and other bullshit to sidetrack the masses.

Actually, it seems they want to gain time and lead all into a nowhereland, with an open end finale. It won’t serve them, as we might deliver our proof in spite of this.

Are you thinking about a resurrection of a complete aircraft including passengers?

Oh, Eve. They’d just turn it as if the Russians were the hijackers. And use it for an opportunity of warfare. The war starting on Easter holiday, now, THAT would be something.

In this respect: There’s hardly any place on earth to land the plane. How about the airport of the original final destination?

(Esu grinning) Without a landing permission?

Ok, that was a good one. Tell it again!

To be true, Eve, we have not found the perfact place so far. We have been discussing things with the passengers and none of them is keen on being brainwashed or facing some kind of modern inquisition in a system where „to have seen“ means „to have an accident and/or to die suddenly and unexpected“. Any disease would be blamed to have it’s cause with set up hijackers. Any evidence would be faked again. So, most likely, no resurrection, for the world would not yet welcome these modern heros. However, we are thinking about video messages spread worldwide.

Would the NWO NOT claim they were fakes?

Maybe they would try. But if we decide to do so, there would be some very nice evidence in it, making it difficult to claim it was a fake.

How about the black ops using a hologram of the plane to arrange something via bluebeam?

Would be a VERY BAD IDEA, resulting in hurtful spankings, if they try.

When are you guys finally going to take over the mess and clean the deep bases of horror?

We are actually already doing this, the dark ant hills are in a status of heavy confusion. More details are restricted to be given.

Don’t be in sorrow about anything.  Hugs by heart, Esu.

Esu & CM – What’s another Easter holiday…. more insight versus more destruction and demand…. people feel fenced in a row, day by day. Where shall we take the hope from to offer them…..

No sensations in your understanding. But to speak metaphorically, the ship of mankind is approaching the needle passage through the rocks.

You are always good for a metaphore, so it seems.

Well, 2000 years have not changed anything in this regard (Smiles)

Now, Esu, we have had a few topics you might spend one or two words on….

Certainly, Eve. Just bring it up.

The topic of the lost plane seems to be closed to the NWO?

This is the current situation. After a few hurtful spankings as prevention of mean efforts they decided to let silence cover the topic. They indeed undertook a few efforts to fake a black box but they could not get along with their „technique“. The latest story about the basis Diego Garcia and the message from the „hidden mobile“ was a bit „too far away from anything“ – some brains were still working well enough to realize that. The passengers have adapted quite well to their new environment here, and still we have the possibility to open communication lines between them and their home bases, including „photos from their new ‘base’“ – which we have not done yet in order to prevent danger from the families who are of course straight in the NSA focus of being spyed.

I see. Then, next topic: How about this new super virus MERS?

This is lab-made, a biological weapon, same as SARS and others used to be. Fleet will do something about this new attempt to murder the planetary people. Your (pl.) share in all of this is to practise „mind over matter“. Could be that they try to sell you a last minute story about vaccines discovered, this would be nothing else than again putting new labels on tamiflu-shots, chips included of course. Stay away from that, and if possible avoid places in the presence of masses.

What will fleet do about it?

Now, using vibes/frequencies big style over wide ranges. So, whatever they might try for a genocide – we have something to counter it.

So, no more people dying from MERS?

Except for those who use mind over matter in a counterproductive way. You know, these would have no idea about the measures of light, they would allow the mainstream news bullshit to take over their mind, so they’d be drawn into the sink holes like rats.

That’s clear to me. So, has x (an informer) known about this stuff and just chose to name it as he did?

Now, of course his lodge bro’s were up to date in this respect. Thinking logically results in understanding that the small number of advanced mega wave units originally invented by D. will not be sufficient to cure the worlds population. x’s problem is that he cannot recognize how he is being used for this scenario, as you know what I’m talking about.

Ok, I might come back to you with further questions later, intermediate to my to do’s.

CM, should I now call you Mehran?

Oh, Eve, have you already seen my frying pan? Thought it might be useful.

So, you are NOT Keshe?

Nope. But there’s something good in that outing: He gave you a good laugh.

Wow, people can discuss who will be the better Messiah – Obama or Keshe? Well, I’m personally pleased that finally our doubts in Keshe were evidently confirmed by his „outing“ and adding up himself to a row of „Saints“,…. as I hear, Kibo was „carreered“ into being a prophet, too? ! So, Keshe is in good fellowship….

I see this with sadness and frustration, how everything was brought down by the New Age pirates of the NWO. It’s not necessary to highten one self in service. What difference would it make to be called a prophet or a messiah, when deeds shall speak for the attitude of the heart. Titles are just good for making a new guru, wearing emperor’s „new“ cloths, but the heart is always bare of them. People wanted to see Jesus on the throne of David, and he denied. The people of Eden wanted to adore Adam, and he denied it to them. Again, by Keshe’s outing we have hit „pomp and circumstance“ and beneath the content of the outing it’s far more saddening how many are prepared to bow in front of statements related to a cosmic „Who is who“. This „Who is who“ has absolutely no meaning when you are incarnate as a human in order to spread the christhood word.

Outing as x and y is always an expression of spiritual ego. I have not forgotten how you and your small team had to take all the bashing for listing all these question marks around Keshe. Now, there are those who can see behind the front cover and others who cannot, plus those who reject to make efforts in this direction of discernment. And I tell all of you:

You’ll be considerably „lost“ unless you succeed to develop your discernment. It’s my strong wish that none of you who are in the knowing shall ever accept wayshowers pointing into the wrong direction! Never shall you watch the laissez-faire attitude without hinting and explaining what’s wrong with it! There are those who call themselves „teachers“ while they are doing nothing else than releasing spiritual phrases from their tongues, while encouraging their „disciples“ to follow their model role. Which road are you going to take, folks. The comfortable one leading into a dead end, or the steep and rocky one – winding up into regions out of sight still, where you have to try your trust in my presence? THINK

In the end you will find that I have done my part to support you – but you have to take your steps first in dedicated commitment.

LOVE IS ALSO MADE OF COURAGE,

don’t you ever forget about that.

Weakness and absence of courage shall never bring blame over you, but not trying to develop power and heart to take action will place you among the repeaters of exams, I want to add a comment on Keshe signing as the „possessor of love“, as I see that you were not amused about that, Eve.

Truely, love is infinite and it’s not adequate or even poor to define it’s presence by the word „possession“ which is so narrowly connected to consumption and matter.

LOVE CANNOT BE POSSESSED. LOVE COMES SILENTLY AND TAKES ROOM IN YOUR HEART AS LONG AS YOU WORSHIP CHRIST AWARENESS, BUT YOU CANNOT FORCE IT TO STAY. LOVE IS A FLOWER THAT WILL GROW ON FERTILE SOIL ONLY

and even if you think about possessing it , you can never possess it’s growth and prospering, as this is a divine gift and when the fertility of the soil lessens, all you will „possess“ is the physical body of the flower, left to resolve after the divine expression has vanished.

ALL YOU CAN BE IS KEEPERS OF LOVE, nothing more. AND YOU SHOULD STRIVE TO BE NOTHING LESS!

I recommend to you to once more read „it’s brewing“ as it really does. See where your contribution can be placed. Fine, Eve, now, let’s go on in service, there’s still much work!

I behold you dear in my arms, always remaining your Big Cheese

PS.  from beginning of June, by Eve

Sorry folks, I was not able to post this any earlier. My mom seems to prepare for changing the plains – you’ll understand that these circumstances take most of my time.  Let me shortly comment on the 3 main topics, as we have moved on  meanwhile.

the lost plane stories have again received add-ons… but not less ridiculous than the ones we were told before, so, nothing really new down here.

The MERS virus news have somehow not succeeded to make headlines later than mid of May. So it seems that the Galactic Federation was successfull with fielding the Egypt region.

Regarding the Outing of Mehran Keshe to be “THE MESSIAH” – I have not followed his “news” any more, as I had seen enough from the link somebody sent me.  But I’m glad to have talked it up with CM, as I very much enjoyed his words making finally the title of this piece.