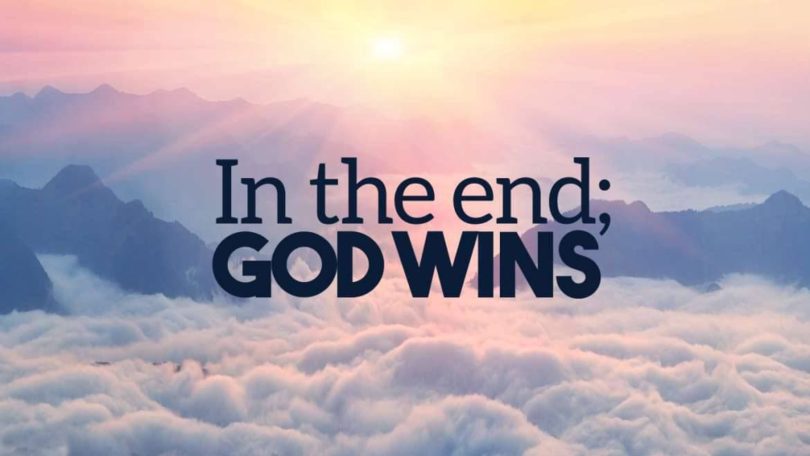 Eve: CM or Esu, I feel our readers might need a few encouraging words, as our last piece is from December 2020 and since then going has become much harder. Whoever of you might love to speak…?

Esu: I’m here and CM is, too. We suggest to have a small round table sitting to comment on these „last days of eternity“, as the running gag on Eve’s phrases suggests.

CM: I’m happy to join you, folks, under this enjoyable headline.  While avoiding spoon-feeding – as this function has now been taken over by multiple Telegram channels, we might confirm that everything is going into the right direction. March Madness, checked.  April Showers, we’re still in.  May Flowers to come, Tune-in June,  and Fly in July.

Eve: Would you shortly comment the scale of monthly roadmaps?

Esu: Let’s start with April having 30 April fools’ days for those coming down on the wrong side of the fence. Our readers will hopefully understand my speaking in metaphores, otherwise we would not risk to speak out.

Of course, when somebody turns out to be a fool – and so does everybody turning away from God – every day becomes a fools’ day. A few have not yet understood the expression „showers“.  Well, April weather showering some with a cold rain and watering the fertile vinyards of others, serving God. But „Showers to take“ contains the word „to show“ and what’s being shown to those with eyes wide open is the truth, big and ugly, shocking truth.

CM: Let me be totally straight here: to those date to date jumpers, only when the last human being will have been freed from the subterranean tunnels of human trafficking, from the abyss of unspeakable horror, just then and only then the bells of rejoycing will ring. Would you enjoy any celebration  at cost of a few left behind in miserable perishing?  I thought so.  And to all who find waiting hard: The best you can do is SHINE AND PRAY and use Esu’s tool box.

Eve: And you are in control?

Eve: In regard of Germany as the seeming head-quarter of the Anti-Christ league, going get’s pretty tough for some. A whole nation is under torture and while one can understand it as a choice of positioning themselves for the grown-up, children are abhorrently under attack.  Recently you said there would not be vaccinations, forced vaccinations.  Now we have masses of elderly, or handicapped, or groups like military, police,  medical personal, teachers, who move to the vax-centers in masses to get their toxic death shots. I feel, this would need some comment.

CM: You must be clear, it’s about choice.  A choice can also mean to remain uninformed.  It’ a choice for repeating the class, and some greatly suffering of passing over as a result serve as eye-openers, at least perhaps to their families or a broader public. This was then in neither way a forced vaccine, but an agreement on soul level. In Israel, the stakes of the exam were set even higher. People are removing themselves from this place, brutally frankly expressed, these would not be having any chance to adapt to the new era. They are departing to go on learning at another place, as brainwashing here has been too strong for them to withstand.  It’s a big sorting out. You must be fully aware that there is a change of density ongoing and their vibes would then in neither way be suited to match or adapt. Always remember, there is no such thing as death.  It’s just leaving your physical body behind, as a vehicle enabeling you to experience and develop.

Esu: The „Scare Event“ might be another opportunity to choose lanes. And no, I will not give any details on that. Just this:  there are various scenarios and selection will be spontaneous, according to the circumstances.

CM: The „MAY FLOWERS“ also have a double meaning.  In history of America there arrived pioneers at the East Coast and one of the ships was named „May Flower“. So, while nature will be blooming  – at least in the northern hemisphere – time of the pioneers to the New Era will start to be seen. A lot of things have already been set up backstage.  There is a German song titled that „May was making everythig anew“. It will, literally. Nature is a great place to center and focus upon the glory of creation. Prepare to sing some of your lovely May songs.

Esu: And, Eve, you just whitnessed that your major railroad-block was  removed from your daily life – we are now having some interesting training – let’s call it a „manifestation challenge“.  It’s mainly about creating your life, awarely, about coming more and more into the consciousness and using my/our tool box

Eve: I’ve experienced some amazing results and I can just strongly recommend it. Some results are really quick and amazing and very encouraging to try more. CM, when will Trump be back into office?

CM: Actually, he was never really out. He just changed from DC to Republic.

Eve: And how about Melania being Lady Diana and Elvis, Michal Jackson, John Denver, Marylin Monroe and JFK Jr. Being alive and ready to serve in public?

Eve: There are leaked photos, I thought it was legit to ask for confirmation.  Diana as new Queen of England, Englands Rose, Barron as the common son of Di and Donald?

Eve: OH  MY GOSH!  Dodi was the name of Dianas boy-friend at the time she was officially taken out!  (Dodi’s real name is Imad El-Din Mohammed Abdel Moneim Fayed)

Esu: Mr. Al Fayed was just a public distraction. Dodi was not only a Boulevard press name, Do-Di was a hint to the connection between Donald and Diana. Hints are always around for those who know.  Of course, this man helping to manifest the plan, is also alive and well.  I’m sorry for all the so called „spiritual“ channels who are now loosing their credibility while back then having stated to channel Diana from „Beyond“.  Do you remember the tale of snow white?  She was not really dead.  A lot of brave truth fighters have been taken out before their planned assassination.  So was John F. Kennedy, who in reality just passed away  early this year.  And yes, this was intentionally NOT revealed in the PJ’s, the risk would have been too high. So, this also encourages a new sub-meaning to that phrase in your Credo: „I BELIEVE IN RESURRECTION OF THE DEAD“.

CM: You know, beloved ones, God is allowed to work with tricks. And most certainly God has many options to resurrect people.  Do NEVER EVER put limits upon your creator, based upon your limited beliefs. Which now brings me to „Tune In June“.  I know this will be difficult to translate, but so be it.  A tune is a melody,  tune in means to join and adapt to the new program, broadcast, etc. This is a self-explaining expression. Star Link is a hashtag in this regard, but „Elon“ is just „a label“.

Eve: Besides, thank you for stopping that horrible ship in the Suez Canal.

Esu: So far population has no idea about the size of the event which has been prevented.  It was a scare event with inevitable mass deaths, if not prevented.  But the light is in control and if there will come any scare event, do not worry and regard it as a part of the plan.

CM: Fly in July: Vibrations will rise to an enormous extent, and maybe quite suddenly. You, as Eagles of God, will glide upon the thermic uplift.  You know, God also has a plan. And God wins!  While on the road to victory, enjoy the adorable highlights along your path and never forget: When one door closes 2 more open up. I am your open door of light and life and I’m pretty sure you will like what you finally see.

Esu: So be of good cheer amidst this dawn of the new era.  The last days of eternity might be challenging to go, but you did not come incarnate to mourn, right. You have come as my messengers in order to pave the way to the Second Coming of Christ Awareness – ARE YOU WITH ME?

I suggest we close the round table now. Eve, if you like, feel free to add some of your observations to our April Showers.

CM: Blessings to all, brave ones, seeding the Kingdom of Heaven on Earth.

Eve: Thank you so much!

CM: just one more P.S.:
Earth is a BALL. I created it, so I should know, right. Flat earth was invented by Flat-Brainers.