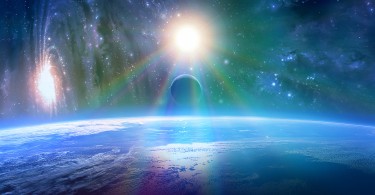 Later the subtitle on the request of CM

“His torture has been mine. If there has ever been a hero, he is one.”

This morning I had intended to watch a movie while ironing shirts, but it turned out that I got some different kind of movie to watch.

The movie was dated 31st Oct. 2013 and Esu picked me up. We went to Salvington in our ceremony robes, to take part in an act of celebration arranged by CM on his main sphere and government seat. The celebration took place at a public spot in front of the „gathering hall of Michael sons“ – a large ground in front, where once that unholy monument had been placed. I just got in my mind: „CM’s ground zero“.

I was taken by the atmosphere, the beautifully dressed people, in attendance of the festivity act, the aura of suppressed expectation lingering in the air….on this glorious sphere of Salvington. It was a giant circular space, with the hosts situated at one edge, so that everybody would see faces and not backs. No chairs. Everybody was standing

In the first row there seems to be room for VIPs. Esu is guiding me there, finding a place and positioning himself behind me. This whole place is illuminated by phantastic lights. The light is bright and soft at the same time. My team is there, too, Ephra, Peter, Tyrion and Barbara, plus more faces of people belonging to our German organization. But there is just little chat, everybody seems to be occupied with the self.

The stage is beautifully decorated in silvery white. People cease to talk when Christ Michael appears, accompanied by his beloved Divine Minister Nebadonia who walks at his right side, followed by Immanuel of Salvington, unifier of deity, and Gabriel of Salvington, the Bright Morning Star. CM appears to be delighted and on his way towards the stage he twinkles at Esu and me. Finally, the beginning of the ceremony seems to be here. Silence expands and CM starts to speak.

„Beloveds“, he commences. „We have gathered today for a special reason, which is actually a joyful one. I welcome you ones joining us here, and may the ones who are not connected to their heart in a loving way leave this place now.“

Nobody moves. He goes on: „Fine. I have always hoped to see this day, though there was a possibility this would never happen. But things have happened making a real difference, they generated a pivot point forming the goal of an idea of Papa Source, which was born even before he created me. Most of you ones here have become whitnesses of terrible times and deeds, of innocent ones indicted and sentenced, in absence and dimming of the Father’s light.

On my seed planet of Urantia it’s reformation day today and so it shall be with us. We who dwell here in the peripherals of the Great Universe, we, who have committed ourselves to service in humility to Papa Source, we have necessarily put things in question. It’s reformation time, as below, so above.“

He pauses a few seconds.

„I want to speak to you of the great love I have for my creation, for my sons and daughters. There was one of my sons who almost had to pay for his dedication and love for truth and service – by his life. I thought he was lost, and it seems to be the greatest gift to me that he’s back now. You think I underwent terrible torture at the end of my last self-bestowal – and I tell you: this was nothing compared with what my son had to experience. We have published literature of disclosure – you may have read that already.

Today I have a long list of names and personalities who need to be declared innocent and it’s saddening my heart that still some are missing, they disappeared and have not yet been found. Even more, Nebadon was at risk.“

He pauses another while.

„Amidst this storm reliability, committment and love have been on the stage of examination and truely, these virtues still are. Depression and wearyness, up to hurtful pain have not spared my person, the creator of this local universe. I have been walking in everybody’s shoes, even if you cannot imagine.

Now, today we have reached an important marker of what I call „The correction time“. The abandoned ones will return into honour of universal citizenship as Nebadon must return to the pillars of it’s original foundation.“

CM gives a small sign to some assistant and the light dims down. Aside a hologram column starts to build up, while music starts to play slowly. I sense, Bach, orchestra suite No. 3, in D. A hologram show starts, titled „The adventure of creating Nebadon“, a documentation of hope and love, where everybody can see how the local universe grew step by step. After a while we see persons with names.  At my right side Adama slips into the row, wearing his ceremony robe as well. He welcomes me by laying his hand upon my shoulders. It seems, the persons shown with their names are the ones who were falsely indicted of joining the great fake of the rebellion blamed upon Lucifer. I don’t realize right away how a gap opens in the audience and people start to walk in slowly. It seems these are the persons heading to be „taken home“ again, people in the audience bow their heads and the persons form in a group next to the stage, where room is reserved for them. After the last one having walked in, another silhouette appears. A tall and rank person with a serious face, dark hair and light eyes, wearing a simple long jacket in silvery grey, this person is Lucifer.

His eyes are glittering with tears. He looks aristrocratic and noble, upright and charismatic and at the same time deeply touched. While he walks in, CM continues to speak.

„This is my beloved son, Lucifer,“ he commences, „Bringer of the light. He underwent torture and almost uncreation, as he was standing in the truth for this universe. His reputation was poisoned and his office taken over, but he did not bow under the rules of tyranny infiltrating Nebadon. In his time of recovering – after he was freed from his prison of torture – he has rewritten the archives of betrayal in a way matching the truth.

Lucifer will be again – from now on – the SOVEREIGN OVER SATANIA, as this is his own wish. I’m rejoycing that this is so.

Now I will read the names of the ones who chose to stand in the truth as well, and who did not foresake him. By once reading these names all bad will and shall be washed away from them and please, may the according person come upstage to receive our blessings.“

He starts to read the names – a long list – and the persons follow the instructions. Then he calls Adam and Eve. I see Adama and his consort now officially regaining their direct sonship and this is a real gloryful moment.

Then, CM passes the word on to Lucifer. Lucifer keeps standing in silence for a while, trying to collect himself in balance. Then he starts:

„Thank you for being here, beloved ones. Not everybody is as lucky as I am, to be here. There is a few who have not yet been found – and I fear they suffer a similar destiny as I had. Let us honour them in our loving memory and send them the light straight from our hearts.“

He closes his eyes, as does everybody in the audience and we rest in a silent prayer for some time. Then he takes a deep breath returning from contemplation and continues to speak.

„Perhaps you need to hear it directly out of my mouth. All I did was naming things which went off track, which was uncomfortable for some hardliners. But what I experienced did not break me finally, although I had given up hope to see freedom again. That I did – well, I owe this to some extraordinary people who do not wish to be named. While I had known some of them before, I had never met others before. I bow my head in gratitude and awe in front of you – may history never forget what you did for me and creation. You even located my consort who had been kidnapped, too, into a very dark place.“

„When I’m now going to return into my office, rest assured that I will never forget about you and I look forward to hear your thoughts on reformation plans. May your model role never be forgotten.“

Steps are approaching and I see a person coming in which I seem to have seen before, but some changes might have taken place. He knees down in front of Lucifer and when he starts to speak I recognize the voice… it’s … SIRAYA.

„Nothing more can I do than to bow my knees in front of you, hoping that you are going to accept that as a public apology“.

Everybody seems to keep his breath standing still.

„I have decided to take a „leave of absence“ and to collect experience on the worlds of matter. I’m about to develop a method enabling that. This will take a while.“

Lucifer nodds. „Then I wish you well and all the best to change things to the better.“

Turning to the audience again:

„I am going to return into my office without delay. We have a long way to go, urgently needing to clear up the mess, especially on Urantia, my Father’s seed planet. May we all stand together now, tall and convinced. I repeat, we still have a long way to go. May we go it in honour of service to Papa Source and Christ Michael, hand in hand, step by step, with success as steady companion. Well, and Papa Source sends us his blessings, too.“

It’s starting to „snowdown“ energetic codes from the sky, at the edge of our collection place about 3 people break down, as they cannot stand the energy. These should have left, perhaps, before, when CM hinted upon the connectedness to the hearts. While the codes snow down, the music changes to the concerto Brandenburg.

Wow. I think I’m through…