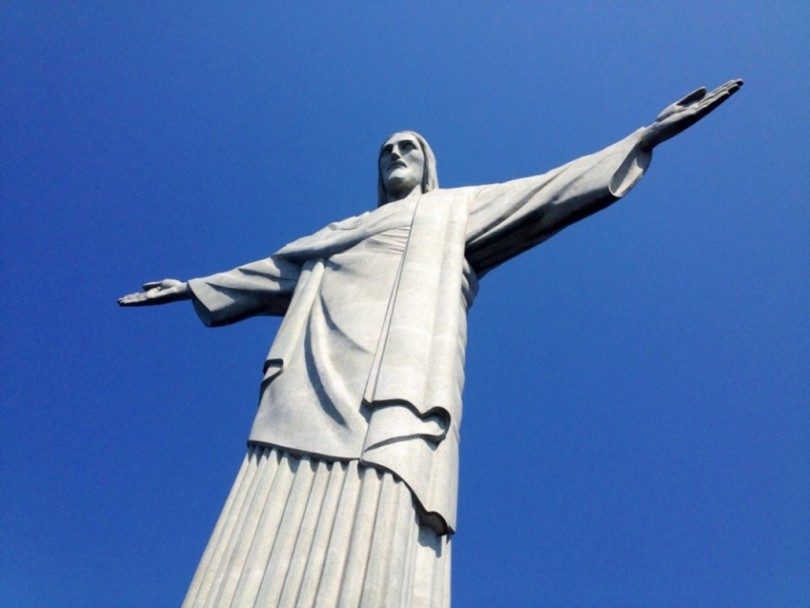 CM has not publicly released until this week the update from June, it was so far only in our internal forum. The release came with a small extension at the end of this week.

Picture above from Cristo Redentor: CM Copyright! Private picture from us.

A special factor was also the processes took place at a certain place on this planet on the record date 08/21/2015 and which unfortunately are still not publicly addressed. Just this: It has worked enormously to the energy lines of the planet, energy–entry and exit points, all essential for a good result.

Additionally good news:
CERN will have no Chance.
Here a messages already from JULY  – at this time they did already somthing from above.

Explosion close to CERN:  Huge fireball erupts into the air!

Black smoke was pouring from the top of a construction site as the person begins filming. But seconds later a large explosion can be seen and a fireball shoots up with witnesses sent running in different directions. The footage was captured in the Swiss town of Olten.
Police say no-one was injured in the blast.

and here from September 1st:

In this Video you see the screens from CERN in Genf, stating “false” false false false…..

The dark boys got hit hard …

My update below with CM has been from 2nd  Sept.
At this time he knew already that his intervention on CERN has been successful.

Now we are going to the next chapter.

Now we are going to the next chapter. You will be informed in time. But don’t be afraid finding yourself physically aboard ship, smile. It can happen any time.

Well, as I said, the end is in sight. This is no public information but we expect the show-window to be ready this fall.

You’ll see more whistleblowers peaking out and the dark ones will see their card houses crumbling.

Their entry to their prepared underground basis will be denied.

They will earn what they deserve. They have created a reload of „Sodom & Gomorrha“, which a few of them will bitterly regret.

Others won’t, and they will be taken out of creation. Evolution must always be strenghthened in favour of the light and cannot afford too many who are resistant against the plan of the Eternal Father. Destructive elements have had their time of action for far too long.

Well, the circumstances have changed now. And as the celestial containers of junk have been cleaned we can now go on with clearing the earthly garbage cans. As above, so below.

We have stabilized the planet for another while to make sure the big showdown will not happen early.

We need to have the showdown under control. If you look closely you will already see elements in the mainstream allowing the leaking through of true information. These are the first bricks falling out of the wall. As pressure will rise, more will follow until the process get’s exponential.

When this has happened there’s a good chance for broadcasting our official „TV Big Cheese show“.

DO NOT FEAR, beloveds, and heed these words:

THE FACE OF THE ANTICHRIST WILL CLEARLY BE VISIBLE FOR ALL, BEFORE THE STORM OF CHRISTED LIGHT WILL WASH HIM OFF FROM THE BODY OF THIS EARTH.

Most of the problems you are dealing with now will become meaningless, while you – as humanity – will have to face other, more existancial ones.

You, my faithful ones, will receive your signs. You will clearly know when the dices have fallen.

The heavenly courtyards are best prepared to see all the professional criminals who decided to turn away from their father and piss on his creation.

And my brave ones, when you return from your battlefields with scars and evidence of hard fights, I’ll bow my knees and submit to you my heart in gratitude.

(Flash: The scene from LORD OF THE RINGS, where Aragorn bows his knees in front of the hobbits.   https://www.youtube.com/watch?v=e4Ubvp_s8U4)

CM, it’s so hard not to publish this. How about our forum?

Forum will be allright to publish. Maybe I’ll give you my ok later to publish it openly. As media is a key, we don’t wish fake TV shows by the establishment.

I see, CM. Thank you once again for this update!

CM, how about publishing the update now, perhaps with a little add-on?

Good morning, Eve, this is CM. I see your increasing concern about the continous peaking worldwide, and especially  in Europe.  It’s more important than ever before to keep an anchor on me and the divine factor, amidst the disturbing news from behind the scenes.

I think there is not much reason to explain the details of what’s happening, as we see that the explorers among you have already decoded the connections. The face of the anti-Christ becomes more clear every day, open eyes can easily decipher the “signs at the wall”. One has used the word “Preppies”, and in fact this is what humanity is, as a whole.Every contribution to evil has been registered so far, and to the grand criminals of CERN&Co any form of mercy was rejected in advance, as well as to the dark overlords of warfare who are still occupied in forming WWIII all over Europe. They have had their chances and chose to deny them, so, again, no mercy this time.

The process of brewing starts to change into a process of boiling. Beyond the big deal of orchestrated NWO events, false flags etc. scheduled for September there is still the divine factor in store and if you feel uncomfortable with the thug-NWO situation, I promise you that the thugs/poker faces are more than uncomfortable with the factor x we play out. To speak metaphorically, there is no fire without smoke and plenty of the misused do-gooders will have to experience fire alarms at their own places. Some of them are sitting upon branches very high on a tree (Branches  is a double meaning here, as it also had an economic sense, e.g. the banker branch etc.) and only in free fall they will realize how serious and deadly the touch-down of their cut off branch will be.

Do what you can to deliver answers and explanations to all the ones searching for them, but don’t endanger yourselves.  And protect yourselves, so you will be protected, my faithful ones, you never walk alone.

Stock up what you need, so that you may withdraw for a while and remember that a man does not have to starve without food for a few days.  In contrary, it will make most of you physically more healthy than you were before, you will start to shine again. The bigger problems will be the psychic ones, due to outworn patterns of belief. And of course the problems created by the uneducated and uncontrolled masses raging around.

Stay connected, beloveds, and do not be afraid. Don’t BE!.

Let’s stand tall to do what has to be done, according to the will of Papa Source, who blesses all those in service to him.  You can publish by the end of this week, Eve.