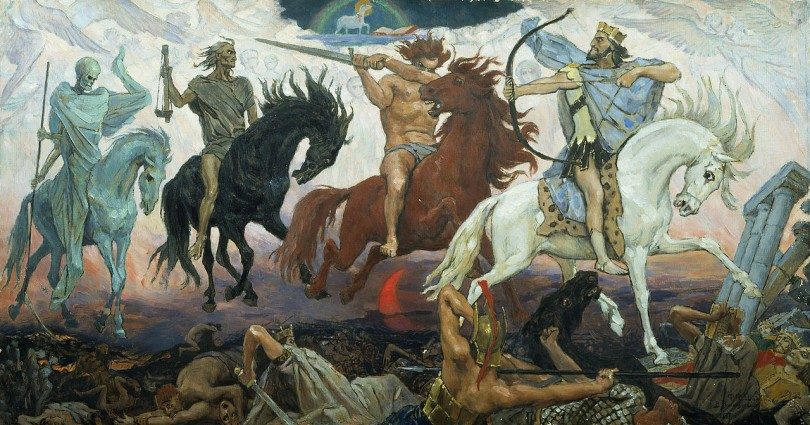 Eve, this is CM. I know you wanted to talk to Adama, but this time you’re going to take me. It’s quite a while since we talked the last time and I wanted to ask you about your impression in regard of what’s going on all over the planet.

Well, CM. I already thought that you and the GF might be going nuts to allow plastic snow enriched with nanobots and radioactive components like depleted uranium. But I assume you are going to tell me this is a part of the big „wake up attempt“.

Still too little numbers have realized the the wide factor of horror which comes with the technical possibilities of what they call weather control etc. The mean thing is that the masses would realize it only if it’s too late already. In regard of Fukushima mankind is crying out because of the radioactive fallout, they measure radiation at the beaches, getting concerning results, seeing that sea life is passing over, but the idea of intentional genocide via weather control is still too „phantastic“ in everybodys eyes, so, who measures the snow and how would everybody check on this, as a home lab is not standard in this civilization.

For us it’s some kind of tight rope walk to decide up to which degree things can be allowed for everybody to see and when to interfere. You see, when it comes to visible facts realized by some who are awake, many dark servants appear on stage to tell them tales wrapped in scientific outfits, mixed with a few physical facts, so that most people would believe it. This is becoming more and more easy, as more and more people show phlegma in result of being brainwashed. Who would ever believe that radiation upon a California beach would result from „picknics on red „throwaway“ plates“? Now, this was told, and some do believe. We have realized that for the acceptance of interference mankind – as a whole – would need a worldwide shitstorm concerning everybody and this shitstorm would need to interfere into everybodys individual life in a way it cannot be ignored, and remember: a shitstorm is usually made of shit, not of roses.

You can well observe that it’s brewing on many levels. This need was part of many previous discussions and updates – mankind does still not want to believe that playing with fire can either burn your fingers or even make ashes out of your environment including yourselves.

Now, it’s coming dear ones. Go on and observe carefully. Some of you are tired of keeping being prepared and cease taking care of that. And I tell you, as your father and creator of this local universe: This is not a good idea! While I understand that you are tired of this being in a startup position over such a long period, you are still the model roles, the ones in the knowing – would you quit last minute and change your position from leaders to followers, just due to a lack of self-discipline? Quite a few of you were offered possiblities to be heard by more people than just a handful and you don’t make use of it! You are in fear to choose the wrong words, to be confronted with nastiness, to face disadvantages. WHY DO YOU FEAR? As long as there is a possibility to speak out – SPEAK OUT! There are still ways to minimize your risk, be polite, raise questions – but DO IT! WHY DO YOU FEAR? I’m with you every single day, you may not understand the reasons for the ways we take but you know the goals and you KNOW I’M HERE. There are people among you who try to show up the connections between the events. THINK! THINK AND PONDER as long as you still have a working brain! And for heavens sake, – stop believing that your creator had to show up with a mildness which seems to be the only attribute of holiness for so many.

Ok, WATCH. Watch what’s going on in the different parts of the earth. We have told you so many times it would take this road. We have told you about the potentials. Earth is under influence of mighty factors leading to the peak of events. And when the peak is here, will you – mankind – finally lift up your eyes from evil, up to the skies reporting my presence for everybody to see?

Beloveds, I’m aware some of you are thirsty for my words, for updates, for instructions. But the time for spoon-feeding has long been over. What has come is the time of a self empowered ambassador in christ awareness – in the knowing, who can be a pillar to his brothers and sisters amidst the storm. BE THESE PILLARS and STAND TALL, don’t cease to strive for being in touch with me!

AND BE WISE IN YOUR DEEDS!

There are answers to your questions why all took so long, you will be given these answers when the job is done!

Thank you for holding on beloveds.

Big hugs from your Big Cheese