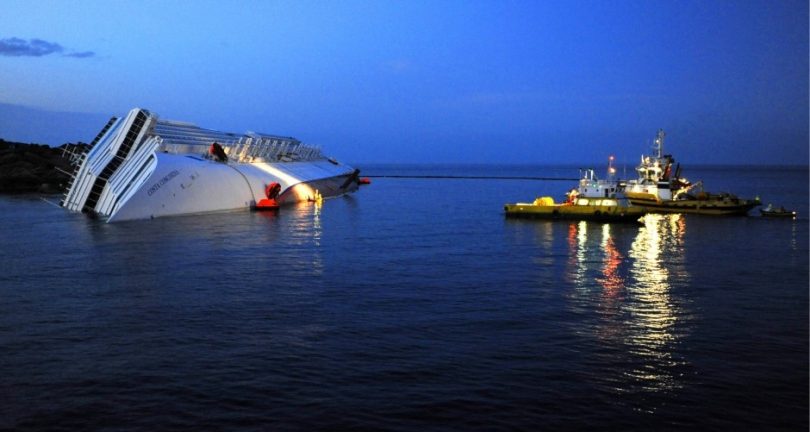 This morning, I was expecting Esu to approach for commenting the latest concerns, but it was in fact CM coming in. He was in a mood where nobody would even slightly try to discuss with him, or to make efforts to have an easy chat. His radiation was one of sovereign to the extreme, and so I took my pen to just take his dictation.

Eve, this is CM. Thank you for taking the targeted message for Candace. She has just hit another nail to fix the top of her coffin and this is the end of hope in abundance, at least for this organization. She has gambled the meaning lightheartedly, by allowing to be taken over by role players. It’s hard for me to watch such things, as enormous potential could have been set free, instead so many do still not realize what is going on.

Listening to confused talk does not even ring a bell like it should, and by not examining the contents people are making a tomfool out of themselves. How much would I have loved to have this project seen successfully going into the finals, but this chance is done now.

The metaphore of the tree separated from the roots

Beloveds, sometimes, when a tree is cut down, it’s still green for a while and sometimes blossoms still open up. But the connection to the roots remains cut. So, if you apply this metaphor to AH, it’s just a question how long it will still keep on being alive, nurturing itself from a stock of reputation, until the storage will be used up. The process of connection fading away has been active for almost one year, you can see it easily when you go to the archives of AH and check out when the last „update“ in old manner was posted – pieces by me through Candace. I hope you have registered that all which Candace faked to be by me to Eve was nothing else than a strategy of ridiculing her, pretty much as it is still being done by the NWO to the pioneers of light and life. Hardly anything was left out, crucifixion, a cyber funeral and black magic attacks. As you will remember, the taking over of the media has a key role at the game going on, people are being brainwashed by repeating the same untruths over and over…. AH has now integrated this perfectly.

HOW ABOUT THE TITANIC?

The phrase goes: You just need to keep the little secrets – the big ones keep themselves …. by disbelief of the public.

In 1912 the TITANIC sunk. What was told about this before? I recite: „Only God can make this ship sink!“. Now, we all know what happened then. Beloveds, it’s being called „act of God“ by you in general, but you are hopefully aware of the fact that GOD DOES NOT COUNTER HIS BORE BY CAUSING HAVOC. God does also NOT have any need to prove him being almighty by sinking a ship, just because it was described as unsinkable. Ships sink due to human failure, by storms, sabotage or warfare. In a similar way as the Titanic hit the iceberg AH was driven straight against the wall. This could just happen because there was a point where some left the path of truth.

Currently incorrect teachings are being spread by Candace to prove Eve being wrong. Creation differs between Ascending Sons and Descending Sons. Ascending Sons start their career on the worlds of matter, while Descending Sons are being created in Paradise or by the creator sons. When an Ascending Son reaches the goal of his career, making his ascension to Paradise and becomes trinitized there – which means fusion with the paradise trinity (you can read more details in the UB) – he returns as a descendant from Paradise to take a job in the Great Universe, if he decides not to resolve his personality to remain united with the Eternal Father. But although one could say „Desending Son“ this is not being practiced, in order to differ the different ways of development and not to think the individuum was created in Paradise.

So, as Esu is a mighty messenger you can easily understand that Esu was trinitized and has long fused with the Father, to be his mighty messenger according to his achievements during the previous carreer. It’s the same with Eve, she was trinitized in the same group as he was. She’s a mighty messenger as well, and you are not the only one sitting at the „right“ side of the Father, Candace. To people in the knowing your explanation sounds confused, but I’m in sorrow about those who still keep glued to your words without being able to make up their own mind. If there’s something positive left for you, you are willingly and awarely putting it at risk now, Candace.

I have not ceased to appreciate you as the person believing to be in service to me in this local universe, but I’m not amused about the concept and the outcome of your daily actual deeds. You expose yourself in a manner which does not seem to be clearly aware to you, and I cannot do more than to speak straight to you at this moment, hoping for insight and a turnaround with apologies to Eve, Michael and all members of her current team, who have received unfairness and efforts to ruin their reputation by you. I suppose this will not happen, it saddens me – but still I understand that you cannot stand „loosing face“ in the public. Depleted forces and tricky influence of doubtable advisors have led you to the point where you stand now, but of course this is – all in all – the reality you have created for yourself. Please note that it’s neither Eve nor any other member of her team demanding apologies by you, it’s me in person. You have decided to bite the hands which were so loyally and lovingly feeding you with new inputs for improvement of your earthbound concepts, you based your actions on assumptions instead of working through arguments in detail and instead of seriously talking all over with me. You were willingly allowing influence of people greedy for power and jobs, taking a hold on you and although having been all my pride and so smart during the past years, this has seemingly come to an end now.

Your cycle of creation turned into a cycle of destruction

You were passing a point when you allowed more new age influence to establish at your organization, like putting in a trap of light, although you had it all, you put everything at risk… Although you and Ron have done a lot of teaching about Germany in the last century you have not overcome a resistance against Germany by yourself, and you are not the only one in this. You have failed to do your homework here, and while Eve and her team were 100% loyal to you, fighting battles out there on our behalf every day, you have allowed destructive seed to be placed in your heart.

We have documented all that was written, these people were humbly taking all the bashing by you and your supporters of a doubtable strategy, you did not read in detail what they tried to explain to you, instead you offended them, you were literally turning their words around – remember the games you allowed and supported at the KESHE thread on 8star? And still, these people remained respectful and empathic with you and they were silently consuming all your „not so nice stuff“, served to them by you as the boss and president of AH. They were striving to be constructive, while your answers were the contrary. You told Eve you were not her nincompoop, while she explained to you everything about a real deal, protecting her webmaster, whom you demanded to be fired by her. But you know, Candace, I’m not your nincompoop either.

This was nothing else than a game of power you chose to play, and you still go on, unfortunately, while you should seriously strive to look for MY TRUTH.

THE LAST ONES SHALL BE FIRST

I advised Eve yesterday to put a targeted message to you on her forum, encouraging a certain double tongued person to deliver it to you. I repeat it again here, and I’m serious as serious can be. While I honored you by the title and the use of my symbol I can as well revoke it, which I’m doing now.

CANDACE, ESU AND ME ARE MORE THAN PISSED ABOUT YOUR BEHAVIOR. EVE HAS NOTHING TO HIDE, SHE IS TOTALLY RIGHT AND ALL YOU READ FROM THIS FORUM IS JUST ABOUT YOUR OWN INFAMY.

FOR THIS INCARNATION, EVERY HELP SEEMS TO COME TOO LATE FOR YOU.

THANK YOU FOR ALL YOU WERE DOING FOR THE CELESTIAL MISSION, BUT CURRENTLY WE DON’T NEED YOUR HELP ANY MORE.

ABUNDANTHOPE IS NO LONGER MY SECOND COMING ORGANIZATION, YOU HAVE PERSONALLY GAMBLED THIS RIGHT AWAY.

As Eve is now doing the job you failed to do properly, including all the revelations about my son Lucifer being alive, I’d be more than pleased if you just stopped messing around with her and her faithful ones. You won’t uncreate Lucifer by telling everybody that he had been uncreated.

TRUTH CANNOT BE CHANGED BY REPEATING LIES ALL OVER.

I’m passing the torch of truth now on to CM-org, very officially, and you’d do fine in accepting that.

Before he left, CM hinted me to the fact that this time it was not up to me to decide whether this piece would be posted and when. He said: The publishing of this piece is an order I give you as the sovereign and Big Cheese of Nebadon.