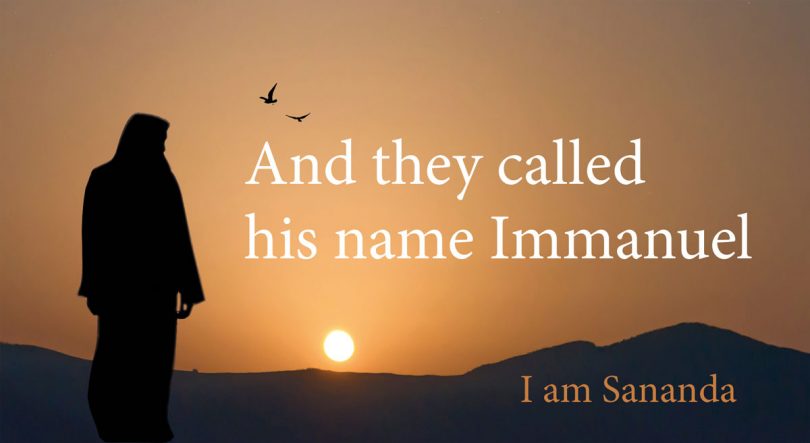 A must-have for truth seekers!

we are pleased to announce that the Phoenix-Journal No. 02 “And they called his name Immanuel” is again available in book-format (Paperback, Hardcover and eBook) and can regularly be ordered directly via

You may now ask yourselves why we initiated such an action, while all the journals are avialable for download free of charge via the Phoenix-Archives. If you have already visited these Phoenix-library in the net you may well have a clue about, if not, let us explain.

The phoenix library with more than 200 titles, which were dictated by our creator and originally published under enormous effort and pressure, has been silently floating in the net during decades now, almost unrealized by the public. Almost no more printed versions are available any more, and if, these are very expensive.

The option to make a private printout from the download has a mighty need of paper and printer ink, while it needs much storing space. To read online is not very pleasing for the comfort of your eyes, which will generally already have too much work at the screens of PC and Smartphones.  In addition the make-up of the original PJ’s from the end of the 1980’s is not very attractive any more, while we are being used to the print- and cover standards of modern literature.

As we – as part of the ground crew of the galactic federation fleet – are in constant contact with Gyeorgos Ceres Hatonn, also called Christ-Michael Aton and Esu Immanuel Kumara (Sananda), we are glad to tell you that he also sees a need to lift the sunken treasures from the depth of the internet and start again publishing it as a real version book-format, also readable offline.  There are more people speaking English than German, so we hope that the offer to purchase the original English versions of PJ’s will be welcomed.

We start with PJ-02, which is the first one of the library without copyright. The books have not been changed in their contents, they are original. It is just that we made them more comfortable to read and placed under a more attractive cover.  As you won’t really believe the clerical group seated in Rome has ever told you about the true content of the “dead sea scrolls”, right, so:  here it is. Just go for it and purchase your first reedited PJ.

Please also note that we are working NON-PROFIT. The price you have to pay for a book is mainly for the printing costs and a small commision will completely used for publishing more PJ’s for the education of mankind.

Even if much is going to change soon, there is an absolute need to understand what has been happening during the recent decades up today, especially guided from the higher view and perspective divine. We will also support the keepers of the online-net-library Phoenix-archives.

If you love to support our work financially or if you can help distributing this book, pls send us an email via
info@christ-michael.net

We wish you all the best during your process of reeducation and “getting it”.

Eve Kumara
on behalf of the team.
ENJOY THE RIDE
WWG1WGA!

What has long remained ignored and ostracized is finally available again now by this freshly designed and made-up book: This Phoenix-Journal #2 contains the unfiltered and uncensored testimonies on dramatic occurrences in a land we know as Israel and a time of 2000 years in the past. It’s a lecture which is staggering and touching at the same time – and may be regarded as absolutely controversial to clerical doctrine.  It was under utmost difficult circumstances that this script has successfully made it into the public. Jesus Sananda Jmmanuel recited from the introduction:

“The document to follow is translated from scrolls which were brought forth in thy year 1963 by a Catholic priest of Greek heritage. The writings were recorded, mostly at my side. The scrolls were preserved as well as were possible at that time and hidden beneath flat stones within the tomb in which I was placed. … This translation proves without any doubt that the false teachings of the doctrine cult religions are completely without truth and that they are the irresponsible machinations of creatures without scruples who were partially hired by the „Holy Chair“.

Merely through this statement Jesus Sananda already demonstrates  that he has nothing in common with the  distorted images of a “milksop-softie” presented to us so often by the church.   As the book reveals He did not to come forth “to bring peace, but rather to bring the sword of truth and knowledge of the power of the spirit which dwells within man”.

The content of this book offers clarity on what he has taught and exemplified through his own life, why his name was changed into “Jesus”, who were his teachers and why he took upon himself the path of crucifixion – who truly were the traitors – and many prophetic details in regard of his promise to return to us again.

All is offered through words of great power and wisdom.

Readers who are ready to wholeheartedly dive into the spiritual deepness of these writings will be gifted by the intense experience of insight.

A word on the authors:

The team of authors of the Phoenix-Journals unites beings from the so-called „Brotherhood of light of the cosmic realms“. Among them is e.g. Gyeorgos Ceres Hatonn, Esu Jesus Jmmanuel Sananda, Archangel Gabriel, Saint Germain, etc.

Haton has meanwhile outed himself to be nobody lesser than our Creator Son Christ Michael Aton and by this identity represents the highest authority among the authors.

Please do not mix up this form of transmission with the „Channellings“ from entities with similar names which spread far and wide in the „esotheric/New Age community“. The reader who is ready to explore the „spirit“ of the PJ’s by heart will quickly sense a meaningful energetic difference compared to what else is available on the market, which brings him a gift of deep insight and resonance with the divine essence living in all of us.

A word  from the EDITOR

The original versions of the  Phoenix-Journals (called the PJ’s) edited in the 1990’s were set up to be spread worldwide through all available means of communication. While they often discuss and relate to the  younger  history of our days as well as  to the current occurrences of world affairs they are meant to make connections to the Word of God and His Second Coming according to the biblical prophecy.

“… the teachings must be spread forth through giant television/motion picture complexes and such as that type of conduit – massive spread and circulation; these are the last offerings of the word of truth to a sick humanity and it must be mammoth in nature.“

However it turned out that resistance against spreading these teachings was still immense.  There were unspeakable difficulties hindering the distribution of the scripts. It happened that the activists were persecuted and threatened – some of them even by being killed.  Please also check-out the introduction by Esu Jesus Sananda starting on page 22.

So one can truely say that in respect of resistance against the light of truth hardly anything has been changing during the 2000 year period between then and now. Just the methods of hindering the carriers of the torches of truth  have grown to be more modern. Desinformation, intimidation and censorship have become the daily agenda.

“I did not to come forth “to bring peace, but rather to bring the sword of truth and knowledge of the power of the spirit which dwells within man”.

Referring to that the content of the PJ’s is far beyond from being some sort of spiritual light diet.  Especially this one here, Journal No. 2, will be hard to chew for believers in a Bible which was alterated.

However, the one who is prepared to unleash his heart into exploring the „divine spirit“ of these scripts  will certainly explore deep experience of insight.

To perceive what is – this is meant to be the first step of every process of healing.  In our present days we experience  worldwide awakening to the real deals hidden behind  noble front covers. We learn that by lies and delusions we have been misused, manipulated and enslaved by a secret elite network.  According to how much we are able to see through this world of shadow we will be able to free ourselves from the bonds of lies and deception. And this will cause us to develop the free sight into recognizing the natural order divine.

The Phoenix as a symbol of these journals is meant to be an expression for this process of transformation.

From it’s ashes humanity will rise up and finally see the truth divine. To emphasize this, here is a core statement from this book, told to us by Esu Jesus Sananda:

“The highest commandment in the Law of The Creation is: Achieve the wisdom of knowledge inasmuch as this will enable you to wisely follow the Laws of The Creation.”

The signs of our present times are encouraging a justified expectation for this evolutionary process of eyeopening to develop mighty dynamics of global historic extent. Now we become witnesses of what was scheduled to start happening already during the finish of the recent millenneum – supported by the PJ’s: The throes of birth into a new time – in regard of eschatology.

With all of this set up backstage, a small team from Germany now took the chance – after having published a few important Phoenix-Journals in German language – to also start refining the English originals in their appearance and to reedit them in an appealing new look, enforcing the law of attraction between the books and the seekers of truth, in service to our big chief, the Christ.

In order to finally succeed in spreading these important writings, multiple support becomes necessary. Should you feel to have understood the spirit and meaning of these scriptures and be able to contribute in their distribution, please do not hesitate to contact us via the following email adress: info@christ-michael.net