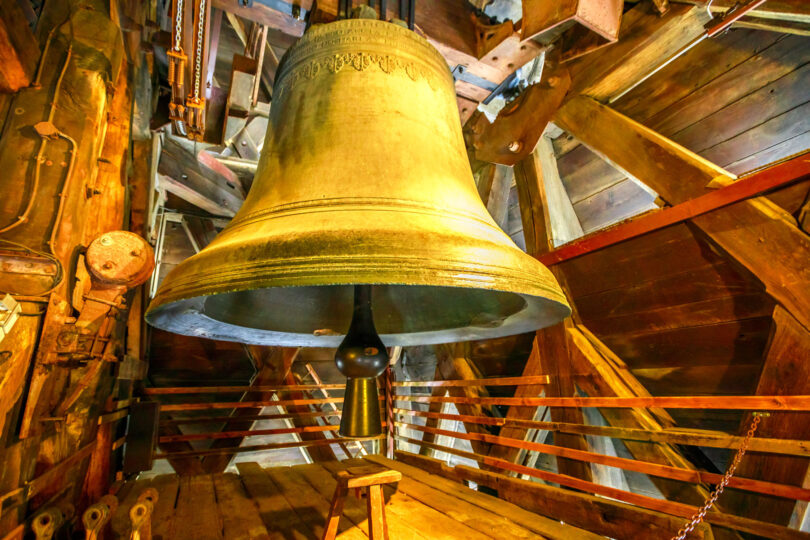 Eve: Now, Esu and CM, anyone to make time for an update?

Esu: We are both here at your service.

CM: Welcome, Eve. Q is here. Am I looking as is pleasing to you?

(CM has taken the shape of Q in startrek, but is wearing a violet shirt)

CM: Eve, you always forget that I can read your thoughts. I thought that the John de Lancie shape suited you better as the „bellringer of Notre Dame“.

Eve: There is a little story to tell. It happened last fall and it’s an episode just written down in my journal, when Esu commented on the publishing the German Adama book „Goldene Felder“, which translates „Fields of gold“.

Esu appears on my inner screen and sings: …. and she’ll walk in fields of gold …

Then he comments: Congratulations, Eve, your first book published and there is no other comparable with it. Unique, personal, humorous, a jewel, imprinted by the aura of eons of history, and so lovable.

It’s a joy to me to have my good friend Adama on the title of your first official book. You know (he twinkles at me, referring to a running gag on bro’ friendship) recently, we have been sitting around a camp fire, celebrating our „guy friendship“ and letting pass the years again in our minds, and we came to the conclusion that we are, finally, literally, the „white knights of Eve“ and we love to be. Visible or invisible, we are, and always will be. (broad smile)

I’m touched: I feel honoured by this. Into my mind there appears a picture of the cathedral of Notre Dame. Spontaneously I state: You, Esu and Adama, are the towers of my cathedral, so to say. And CM makes it a whole.

Esu nods amused. Then CM links in and adds: So to say, I’m the bellringer of Notre Dame.

Esu and me are shaking under laughter. When able to speak again I reply to CM: „This is an awesome comparison! And certainly, you would be the most charismatic bellringer of any cathedral, ever! And right now you popped up out of the blue similar to Q in startrek. May ask you to take the shape and face of Q from now on, when we talk?

CM raises his eyebrows, as he instantly looks like Q. „This way up?“

I suppose you are also the ringer of the ears of John de Lancie!

Anyway,
CM takes on a meaningful expression on his face and turns to me:

You have known me as Q long before you knew about Q, only this way it was possible for you to recognize the message. (He sets up a stunning smile) Be sure and aware of my support, beloved.

Later I think it over again. In my childhood and youth I really was a strong fan of starship Enterprise. I just stopped watching the episodes when they changed it to Startrek, taking Captain Kirk out and Picard in. By „no hair Picard“ I felt so damn challenged that I stopped watching and so I had no chance to watch the Q episodes. Might that have been a little regie advice by CM to stop me watching?

For those who do not know: „The bellringer of Notre Dame“ is a famous book written by Victor Hugo. The main character is a misshaped one eyed person born on the sunday Quasimodo and therefore called Quasimodo. He was grown up by a young priest serving at Notre Dame to become the bellringer of the cathedral, and from that he became deaf.

The meaning of the sunday Quasimodo is as follows:

„QUASIMODO GENITI“ is about the situation after Easter holiday, everything was renewed, Christ is risen, but the world is showing it’s old face. Mankind on earth has lost the similarity to God, mankind is deformed. So, Quasimodo stands for „mankind as it is“, and the question if mankind can still be saved.

I’m really touched about CM / Q referring to Quasimodo, the message can be no other than this:

Christ has returned to be among the deformed humanity on eye sight with us. And as one of us he will lead us to ascend amidst the light of a new morning.

Eve: Should I read the book again?

CM: (rolling his eyes with Esu grinning) Just let yourself be guided by your intuition.

Eve: So, now, what can you say about the current situation on our planet?

Esu: God is about to win! You must never forget that you are amidst a new form of warfare, which is media war. Every new day pushes the dark forces more over the edge. The majority of the „flock“ is starting to feel uncomfortable. Very uncomfortable. They are asking themselves what kind of political dummies have made their way into the seats of power. After all that bashing we have received for commenting to „enjoy the show“ you perhaps start to get an idea of what we were talking about, when you e.g. have a look at „Let’s go Brandon“ or the FRG muppets, not able to speak one sentence correctly and looking like sprung straight from the cuckoo nest. These ones who are not reacting to such a show by questioning things are inevitably lost.

CM takes the word now: We have the big spring cleaning due. April showers again approaching the finale grande. The European nations are about to get rid of their shackles, so finally Germany will, too.

Esu nods enthusiastically: This one really nails it. Some call it natural selection. Others try to explain it by revenge of God. But it’s simply law in order.

CM adds: With a few corrections from the side of the longer arm (twinkling). As a sovereign really being sovereign there stood some options open to me, which I decided to make use of. The home run is in dry sheets, so to say.

Eve: Can you give us some hints of what to expect next?

CM: I could just say, everything will be mostly spectaculous and you should just allow yourselves to be guided through the felt insanity surrounding you, as the fix pole and pillar, as we have been teaching you for decades. Only a fortress built upon God is solid enough to overdure. And keep your throughts under control.

Eve: As you said spring cleaning – how will that Covid thing go on?

Esu: Well, as you once compared it, the bulk of population has decided to jump out of the window, as they were told. It will be a long and harmfull fall, finding out that they were intentionally infected with a multi-toxic substance, which is not only stripping them from connecting to their soul, but also systematically destroying their body-immune system ending in Vaccine AIDS. You already start seeing a highly increased rate of sick employees unable to work. Not to mention the increasing death rates. This is just the beginning. Just wait until these people – who now still wonder by which bus they were hit – finally make the connection between them being in bad condition and having signed their own death sentence, and that it has been their „good government“ forcing them psychologically into this with full intention. They will realize pretty well that they had the choice, the free will, as there were others not playing by the rules of the deep state and thus making the right choice to take the uncomfortable way of being branded as outlaws but saving their health and body.

The psychological factor is the one holding the biggest risk. It may cause people to run amok and life will become very hard for some time, even dangerous. The vaxxed ones will be in rage, not only against the politicians, but also against those who are unvaxxinated. Some will turn it into violating the ones who have made the right choice not to take the jab. I’m just explaining potentials, of course. If you are strong at manifesting good things for you, you may as well sail smoothly through the rough times.

Eve: Some comments on the Ukraine?

CM: The last battlefield, Eve, which has the potential to extend in two more regions, concerning China/Taiwan and – once again, as so many times before – Israel and Palestine. There is a potential that one of these will trigger the black swan. The remaining time window has become very small now.

Eve: Has it to do with that date 5th May which was given in connection with a possible nuke attack (and if just on TV screen) and with 9th May given by Putin as ending WWII?

Esu: May is always renewal. Back then, Tschernobyl (also Ukraine) was launched end of April and contaminated May, so to say, spring and summer. You remember this well, as you were a young adult then and not well informed, as the rest of Germany. So you perceived it as insane irresponsibility coming from the east, back then still behind some iron curtain. But in fact it was the Deep State already setting the stage to make Ukraine a playground of hell, building underground places in a region nobody would move to out of free will. They had 35 years of hell-management there, unknown and unseen by the public. 2014 they tightened the screws for takeover, going to the surface. All the big deep state players were into it there, for all to see wanting to see. Barry Soetoro, Clintons, Bidens etc., implementing all the bio labs on ukrainean terrain of non-law and non-order. To summarize it: The world stage is set for the final showdown, so everybody fasten your seat belts and be of good cheer. God is going to „build back better!“

Without Q conducting, your future would lead straight into the final abyss of destruction, but now you will have to face just a short time of abyss-light, compared to what was set up for you.

Many wanted to be here in this time to experience it, but there were just way too little numbers of tickets available, so if you are here now, congratulations!

CM: You really ought to use this perspective. It’s your mission of bestowaling yourselves on behalf of Christ, to make a difference and to stand in for the light. Always remember: Q can do.

Eve: Ok, thank you for the update. Now going on rowing the boat.

Esu: Smiles. An outboard engine is going to be beamed down, so this journey will take up more speed!